You will use ten brigades for this one. The more infantry the better—10 infantry brigades and no artillery is fine. In fact, you might as well organize so that, prior to this battle, your whole force amounts to 10 brigades in one corps. 900-1000 men per brigade works OK.

It’s a fairly simple defend-the-base battle, on a map that will do double duty at Stones River. You will suffer moderate to high casualties, as you’ll be outnumbered at the start. But you should prevail in the end.

You will start with your first six brigades. Detach skirmishers from each. Use most of those skirmishers, plus maybe one infantry brigade, to defend the SE/E approach to the flag. Use your other units to defend the NW and SW approaches. Use cover and stay nimble—adjust your defenses as needed to flank/repel concentrated enemy attacks. You will get your remaining four brigades as reinforcements eventually, and when you do you should outnumber the Federals and start crushing them.

Note that in the battles leading up to Shiloh, you should mostly be using your Career Points to build Army Organization. You want an AO level of 6 by Shiloh. 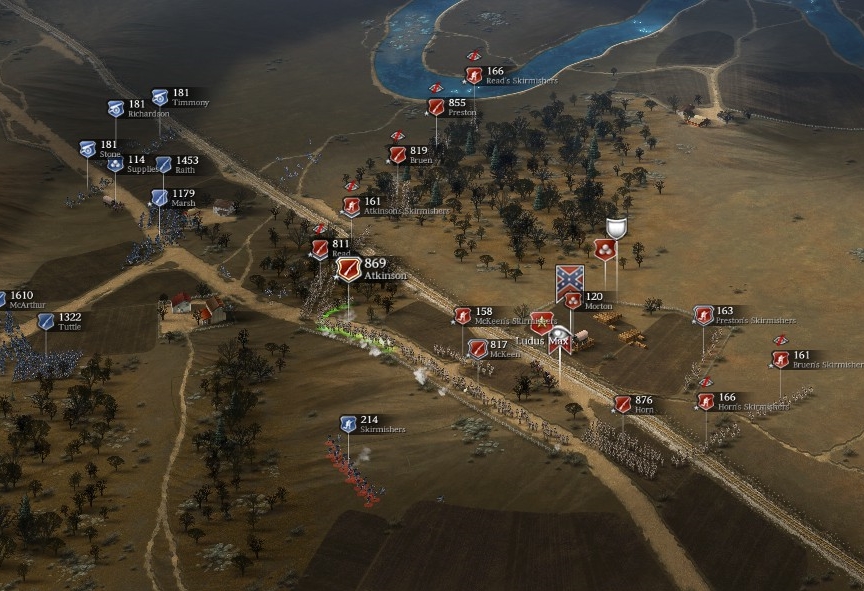 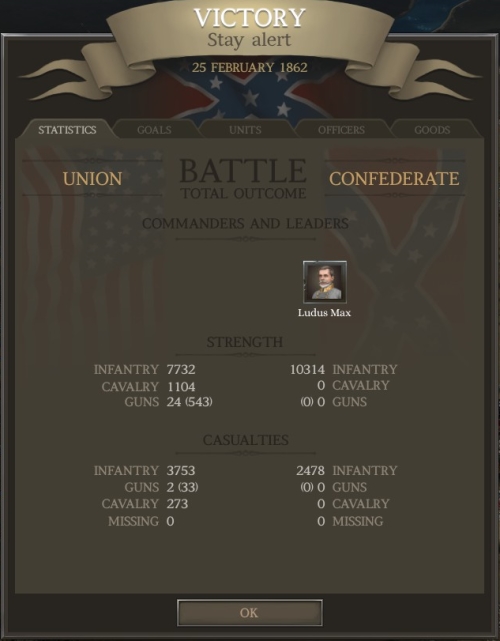 The basic strategy I have outlined above also works for CSA/BG when using the J&P Rebalance Mod. However, when using the mod, always check ahead for the numbers of units you can bring to each battle—those numbers may differ from the ones in the vanilla game.