For the Siege of Jackson battle you can use one corps of up to 20 units. 18 or 19 of your best infantry brigades plus one or two heavy artillery units is a good mix.

Your task here is to defend a large, mostly fortified perimeter. You’ll get your first 15 units to start, then the rest later as reinforcements from the NE part of the map.

Pretty simple, really, if you know how to play this game. You have a big advantage as the defender of fortified positions—and as the opponent of a pretty dumb AI. You need only to avoid leaving big gaps, or thinly defended sections, that the Union can exploit. 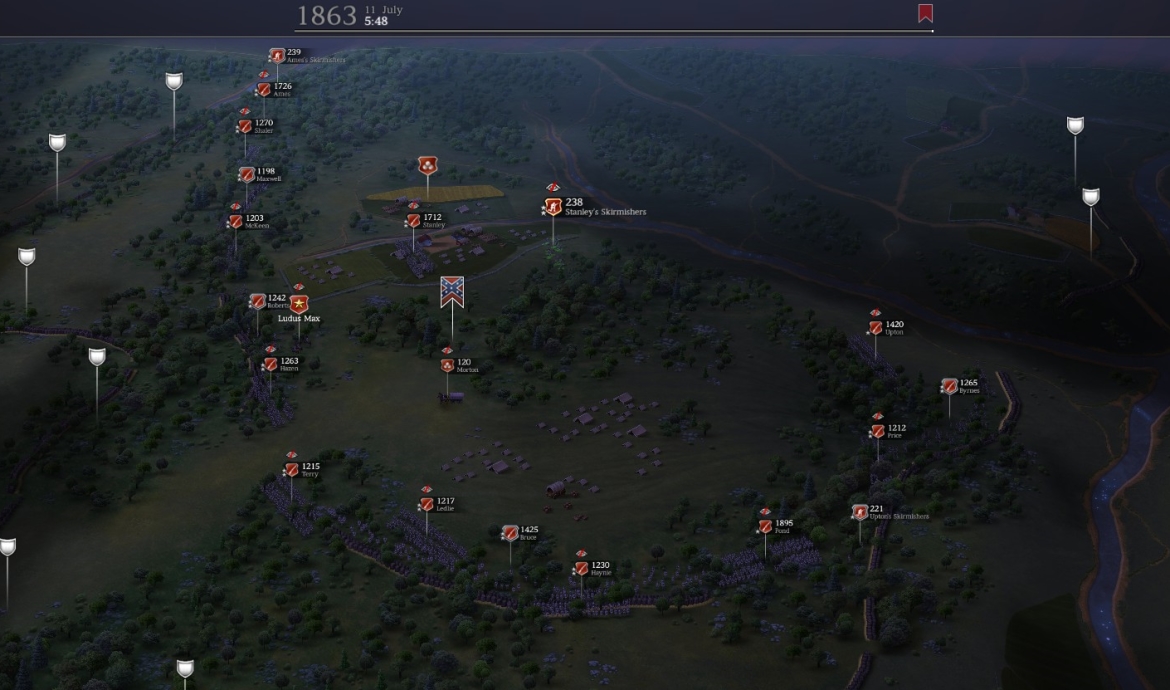 You also, by this stage of the campaign, could have a big advantage in numbers—so that, once the Union forces are depleted by their costly attacks on your lines, you can extend your left or right flank (or both at once) and sweep them from the field. 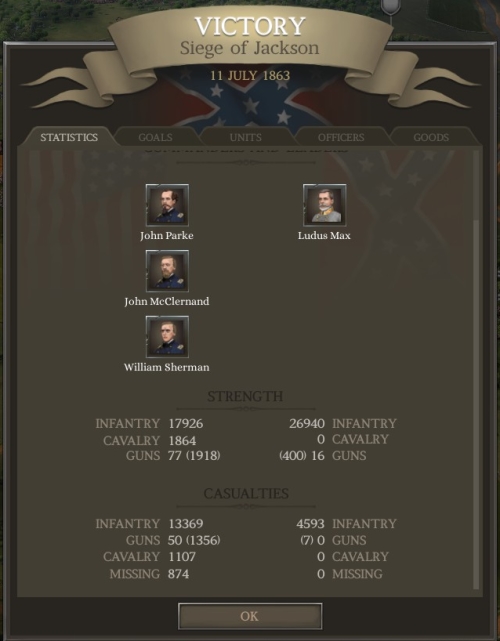