Run everybody east up the road and take positions in the woods to the NE and SE of the flag, as shown. Keep at least one unit where it can run and cover the flag if a wide-flanking Union unit turns up. 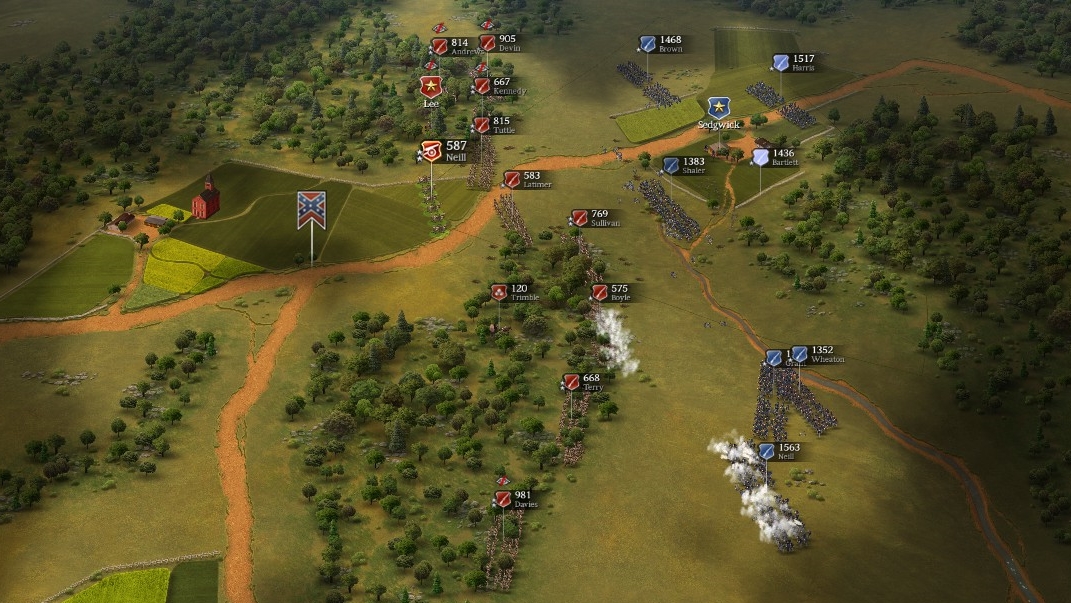 This one should be an easy win, and once the Federals are weakened you can go around shattering every one of their units. 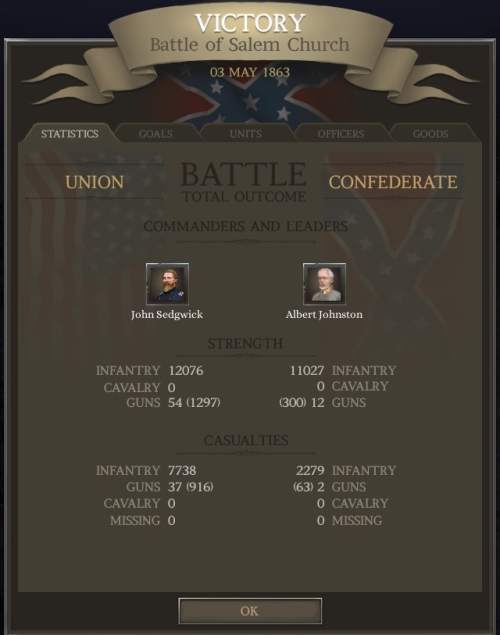