For the battle of Prairie Grove you can bring up to 12 brigades. All infantry or 11 infantry plus a powerful 24-lb howitzer unit will work. Cav are not as useful.

The goal here is to run up, cap, and then defend a flag. But the flag is in a relatively open space, with some oddly positioned fortifications. The Union attacks will come mostly from W, N, and E.

Form a perimeter using some of the closer fortifications and tree cover. Detach skirmishers if necessary to fill the gaps.

You’ll have to do some micro to deal with charging Federal cavalry, skirmisher, and infantry units—and the cavs will sometimes “cheat” by routing through your units to get behind them. As you whittle down the Union numbers, things will get easier. 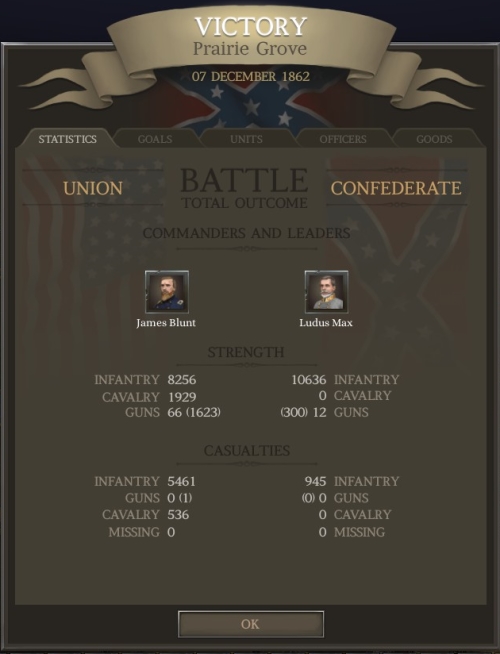