For the Newport News battle, form three infantry brigades to make up the entirety of your first division before the battle. You will start with these three brigades, plus a small carbine-cavalry unit near the top of the map. You will get substantial reinforcements from the SW after 1 hour, and then a supply and cav unit from the SE after another hour. 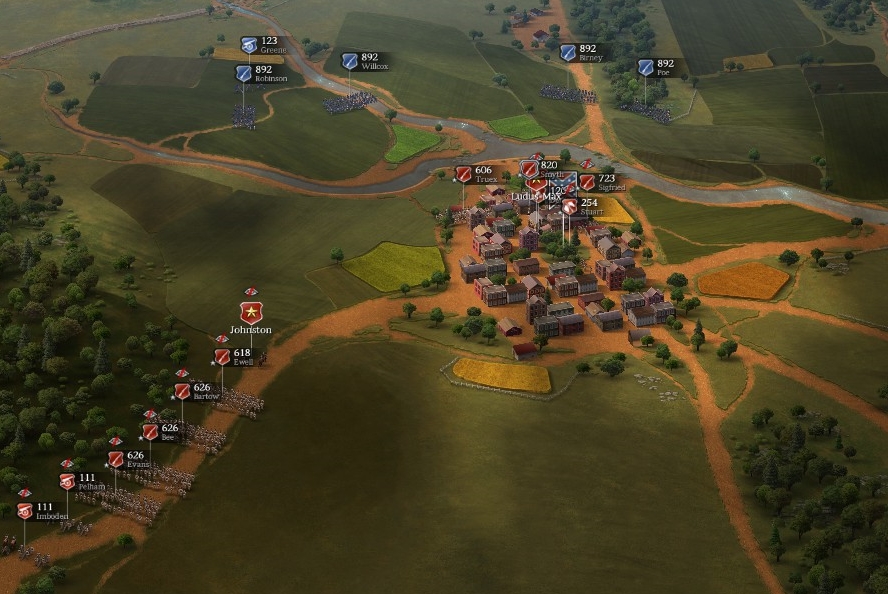 The Union ultimately will outnumber your force about 3 to 2.

Your defense line should run from W of the town along the stream across the top of the town and down the E side of the town. Use cover, especially the buildings in the town, and use skirmishers to flank Union brigades. 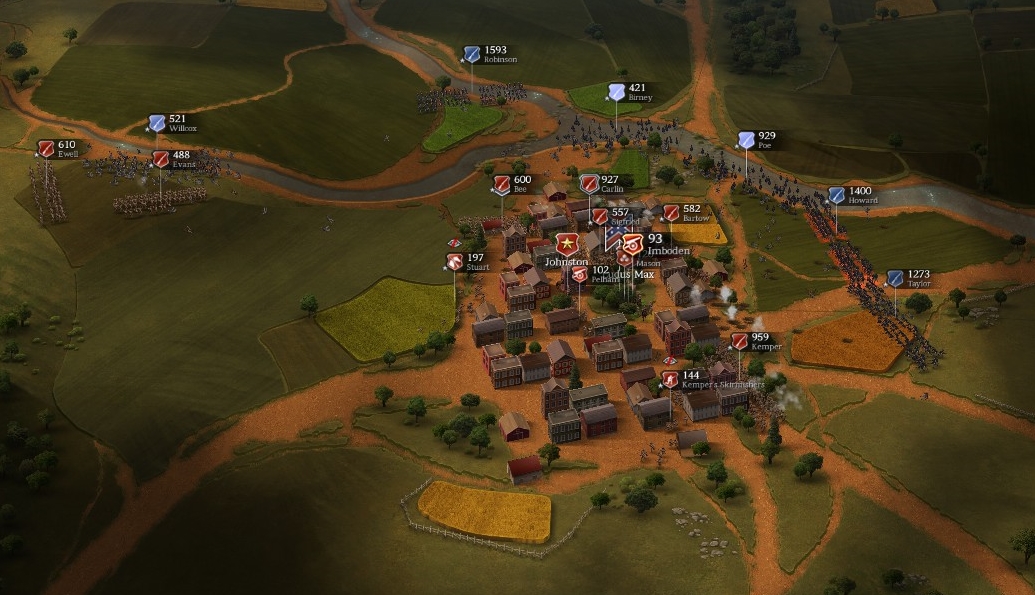 It is especially important to keep the Union brigades off the W side of the town—it’s also not hard. Due to a bug presumably, the Union troops tend to become stuck in a “rout” state while in the stream near the town, and you can shatter them over time from the cover of the town buildings without taking many casualties. The attack from the E you can repulse with the help of flanking units from the south.

This is not a difficult battle, even though you are outnumbered. You should take out half or more of the Union force. 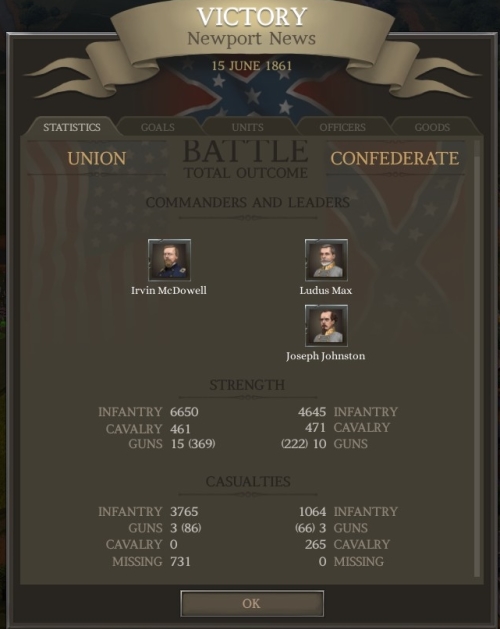 When spending Career Points after a battle, bear in mind that you should have an Army Organization level of 6 by Shiloh, and 9 by Second Bull Run.

The basic strategy for this battle I have outlined above also works when using the J&P Rebalance Mod.