The only good thing about the very messy and bloody battle of Manassas Depot is that you don’t have to use your own units—you are commanding small brigades, cav, and skirmisher units belonging to Gens. Trimble and Early.

It’s an annoying battle because it is plagued by one of UGCW’s worst design flaws—namely the severe movement/pathfinding problems (in addition to the nonsensical lapses of cover) in and near forts.

It’s also annoying because the Union, early in the battle, comes at you from all directions with what seems like a few dozen small skirmisher/sharpshooter and cav units.

The easiest way to get through this battle is to go slowly and keep your units together so they can’t easily be flanked by the pesky Union skirmishers.

At the outset dismount your cav, gather your units into a line, and gradually approach the N fort from the NW and/or N, guarding also against skirmisher attacks from the S. Slowly sweep across the fort to rout the defenses. Form your own defensive positions covering attacks from the N, E, and S. Take your time.

Reinforcements should arrive from the W edge of the map, an hour or so into the battle. Get them in a line and have them link up to the southern end of the first group of units. 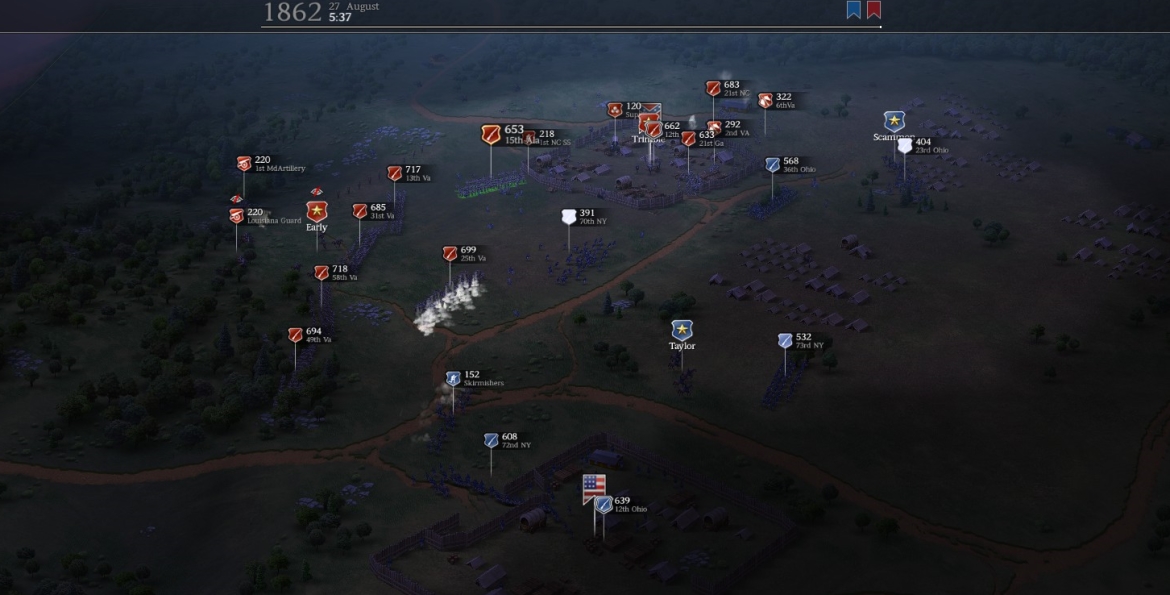 When everyone is in position, slowly swing this lower part of the line onto the S fort. You don’t have to storm the fort—just approaching it closely in a line should be enough to rout the defenders.

Once you have taken the S fort, try to form a N-S line to the east of the two forts and let the Federals waste themselves in futile attacks against it. If you want, you can hunt every Federal unit down for a full annihilation. 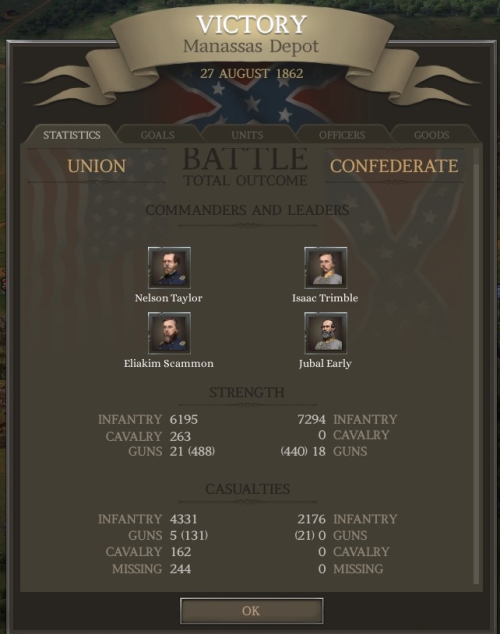 The basic strategy I have outlined above also works when using the J&P Rebalance Mod. The Union will get more units, but so will CSA—and CSA should dominate this battle even more than in vanilla.