Malvern Hill is an inevitably bloody and costly battle, but one in which CSA should annihilate the Union force, or come pretty close to it.

You use two 20-unit corps, plus a third, late-arriving corps containing whatever other units you have. A few cav units in your first two corps will be helpful, but the rest can be infantry, unless you have a solid 24-pounder artillery unit—always good for punching through a line and defending a flag.

One corps is the first wave. The other is the second wave.

The first wave should position itself just out of artillery range to the N and NW of the Union left flank. Keep artillery switched off.

The second wave should march around the far right edge of the map and down a hill towards a stream where it can ford and start pressuring the Union right flank.

When the second wave has begun to engage Federal brigades, march most of your first wave in a narrow column along the river by the far left end of the Union line. Push through the end of the line and start routing the Union brigades towards the east and south. (You can start by flanking the Union left through the woods to the west of the river, but crossing that river and attacking uphill takes a big toll on your units.) Take the North Malvern Hill flag. Use the remaining few units of the first wave, plus late-arriving units from your third corps, to cap the north end of the battlefield.

Use your two corps, one coming from the west and north, the other from the east, to encircle the Union forces and annihilate them as completely as you can. 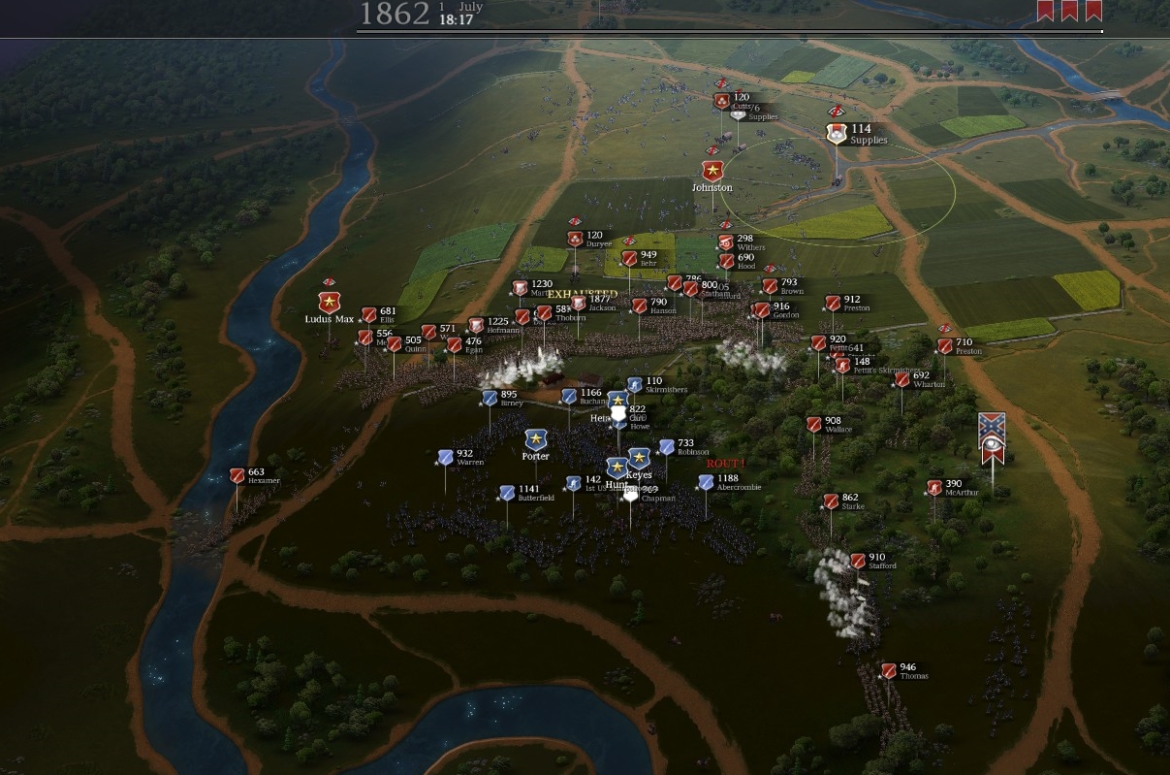 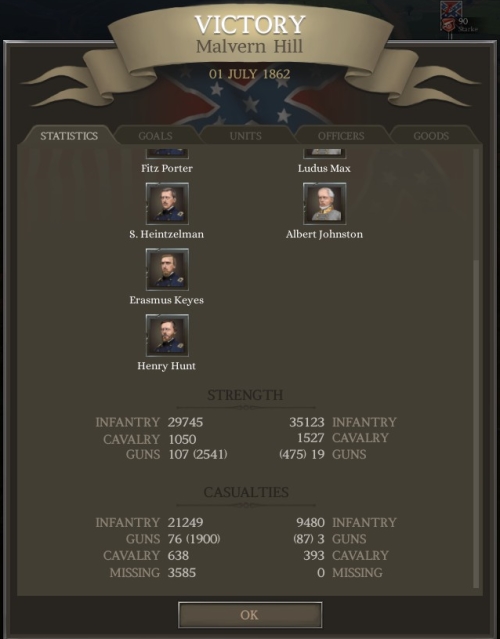 The basic strategy I have outlined above also works for Malvern Hill when using the J&P Rebalance Mod. Note that in the version of the mod I have tried (1.27.1a) CSA can bring 24 brigades in each of the first two waves, plus essentially all the rest of its brigades as late-arriving reinforcements. With this mod, CSA should have at least 4-5 strong (>800-horse) melee cav units.