For Hardin Pike, as in the Halls Ferry Road battle, you bring two 24-brigade corps. The main battle timer runs out at 1200, but if you haven’t taken both flags, you get an extension to 1530. As you get onto the last flag and the contested timer has started, you can finish the game for the win. That works even if you are taking both flags at once.

How you play this one depends on your goals.

Do you want to win while maximizing Union casualties, so that you’ll have an easier time taking Washington? If so, bring a mostly infantry force, line it up to the east and north of the upper flag, and march them across the flag redoubt and supporting redoubt to the east. Form a defensive line, bring up your artillery, and let the Federals waste themselves in futile attacks on your line.

Before 1430 or so, march on the lower flag redoubt, and try to encircle and annihilate remaining Union brigades before the contested timer runs out. 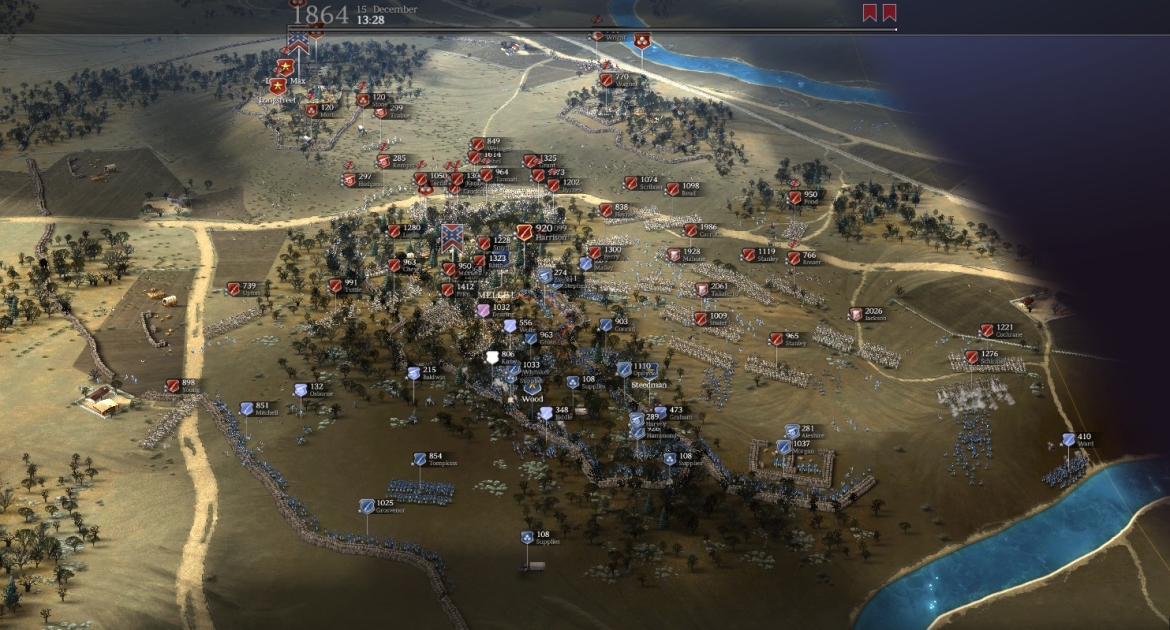 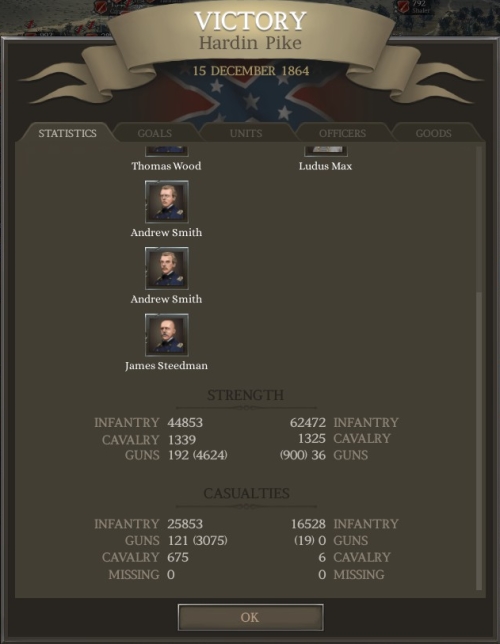 Alternatively, if you want to win while minimizing CSA casualties, line up your two mostly-infantry corps in woods near both flags, and any time after 1200 rush the two flags simultaneously. Click “finish” as soon as you have grabbed both flags and the contested timers are running. 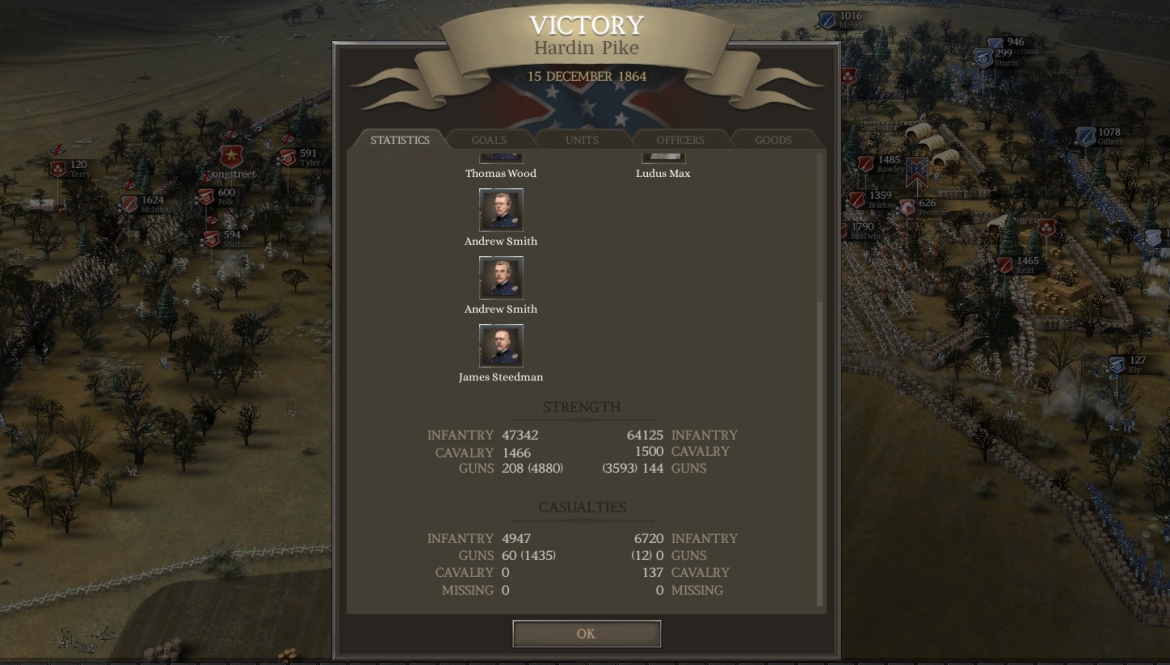