For the battle of Gettysburg, CSA brings a 20-unit corps to do most of the fighting on day 1, a (mostly unnecessary) 15-unit corps for reinforcement late on day 1, and a 24-unit corps for the day 2 battles on the Round Tops and Cemetery Ridge. You won’t have much use for artillery except in your day-2 corps which will spend some of the day defending ridge-top positions against Union charges (a situation largely opposite to the one in the real Battle of Gettysburg).

By this stage of the campaign, having caused 50-80 percent casualties to the Union in all large battles, you should start outnumbering the Federals or at least never being heavily outnumbered, so either a day 1 or day 2 victory is easy.

You start in either case by running your initial three brigades to take McPherson Ridge and set up a defensive line (arc) in cover there. Use reinforcements to extend your lines north and south until you stretch from the top of the map to the bottom. Then just stand and shoot as the Union destroys itself in piecemeal charges at your lines across open ground. 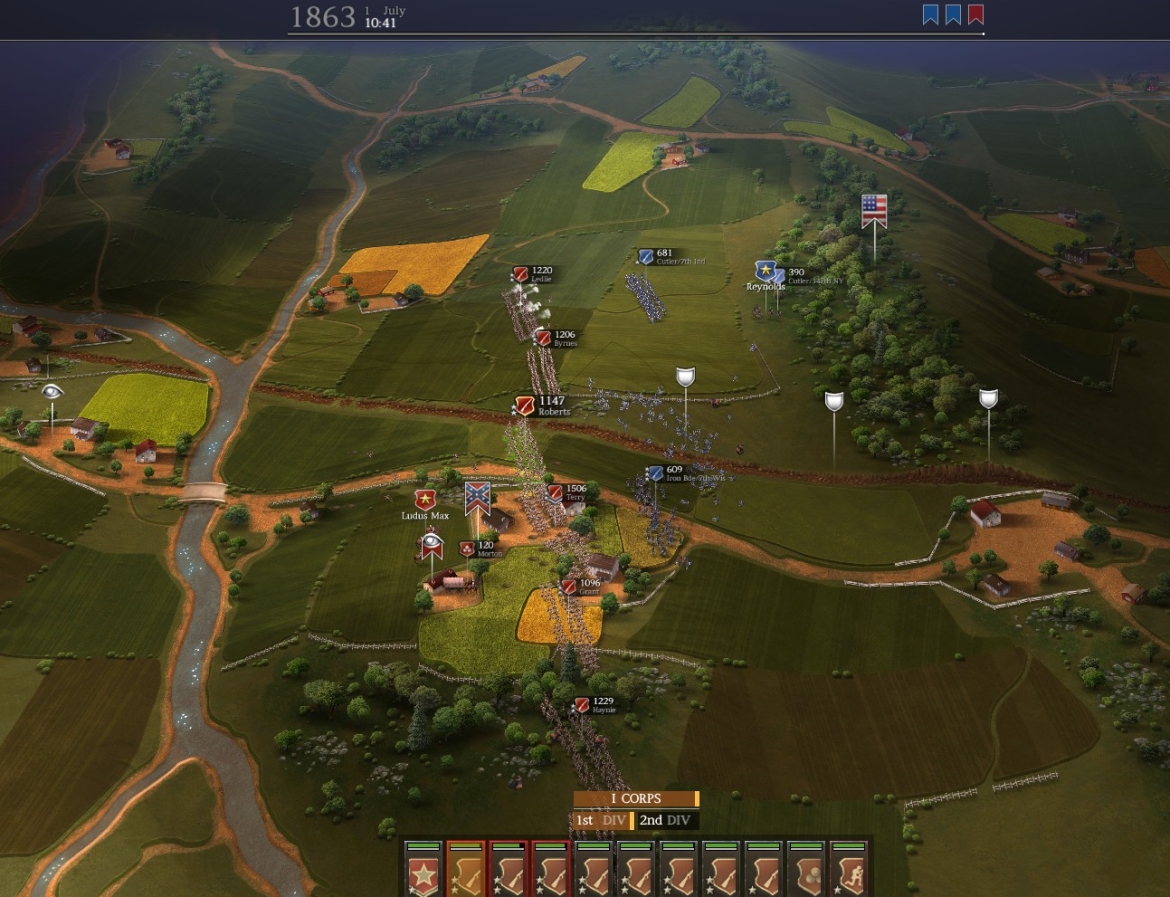 When the Federals are seriously weakened, which should be around the time Howard’s corps (Union) shows up, your line can advance to take Oak Ridge and Seminary Ridge. Wait again while the remaining Federal brigades spend themselves against your lines. By about 1230 you should be able to cross all the way through Gettysburg town—where some Union brigades will be holed up—and to the eastern map edge, annihilating everything in your path.

If you want a day 1 victory, simply sweep down—now with help from your reinforcing corps from the north—and take the Cemetery Hill flag (by 1500 or so), annihilating Federal brigades that march up the road from the south. 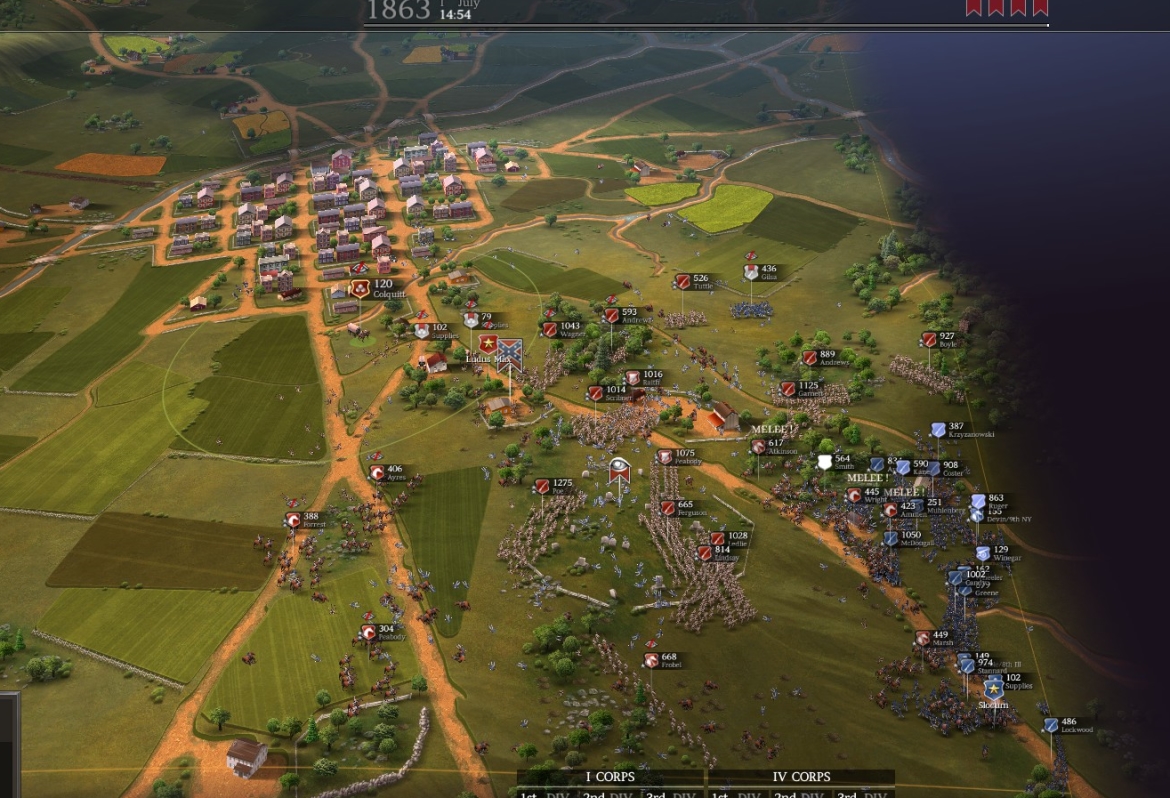 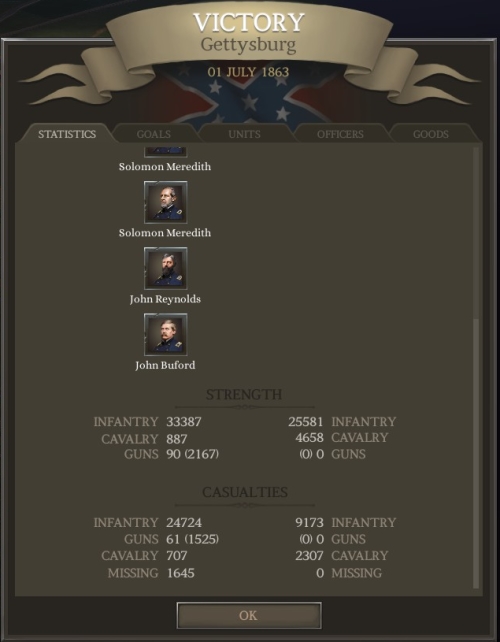 If you want to go to day 2, for example to add more Union casualties, ring Cemetery Hill on Day 1 with your forces but don’t get close enough to trigger the contested timer. 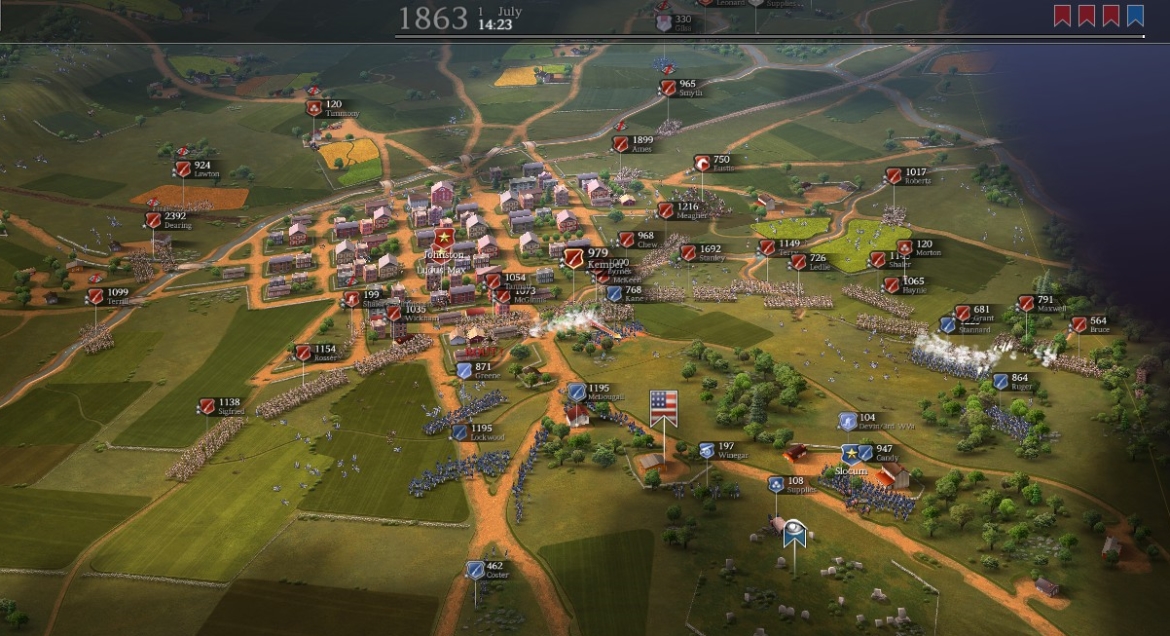 On Day 2 just take Little Round top, set up defensive positions on that and nearby ridges against Union brigades coming in from the N and E, and ultimately (1) sweep north to take the Cemetery Ridge flag, (2) while leaving at least several brigades to defend Little Round Top against a two-division Federal attack from the SE in the early evening, and ultimately (3) destroy all/most Union brigades on the map. 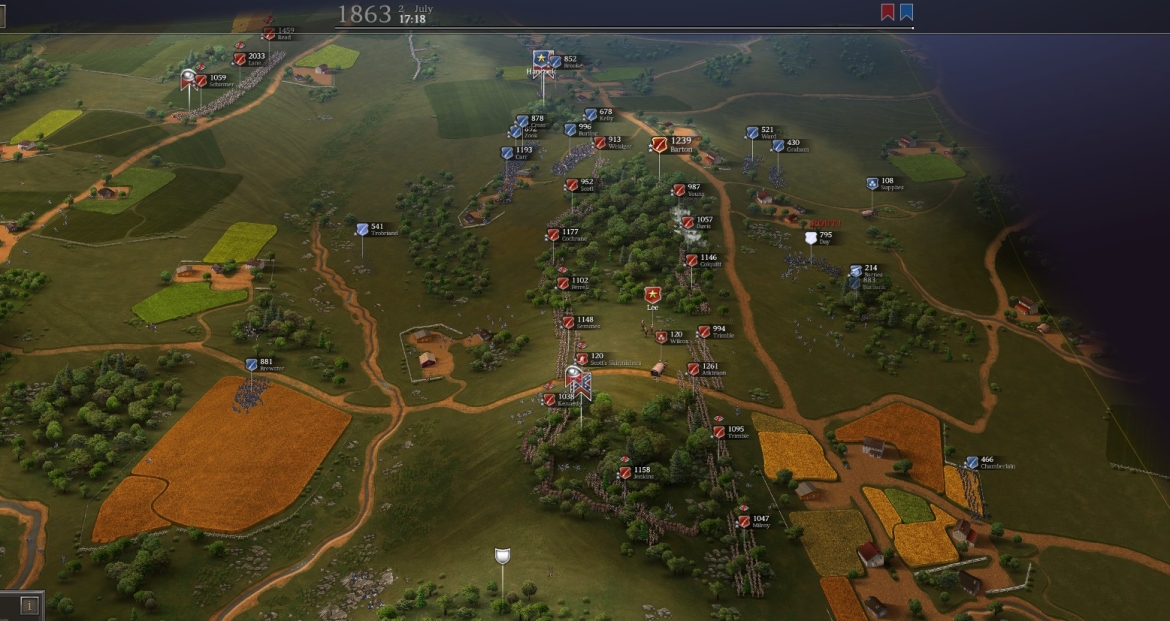 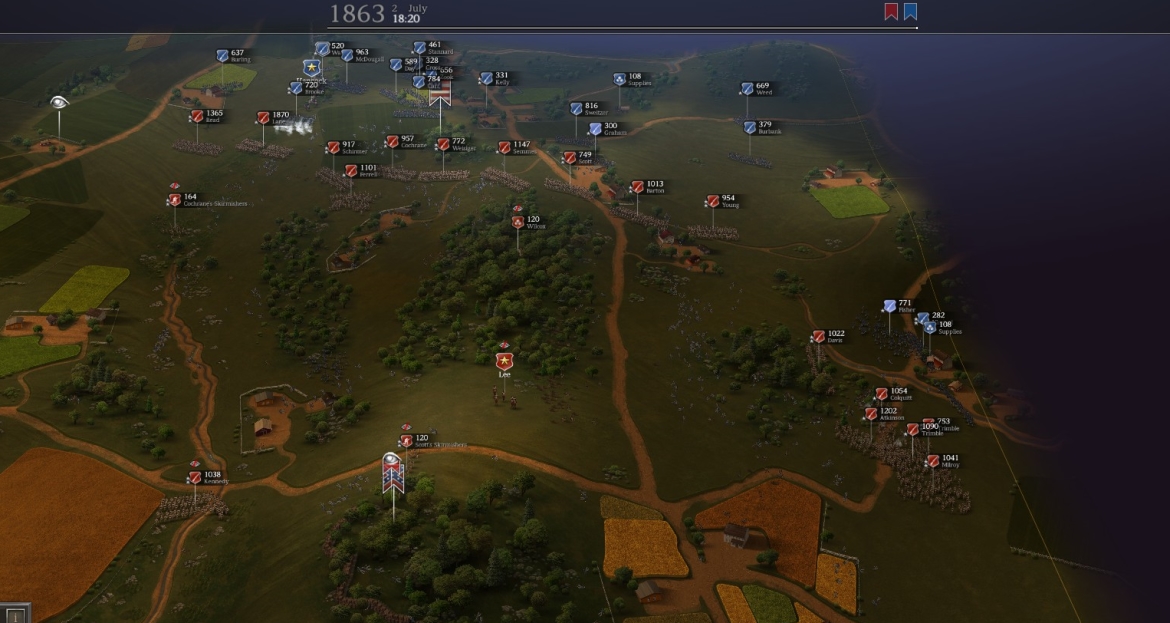 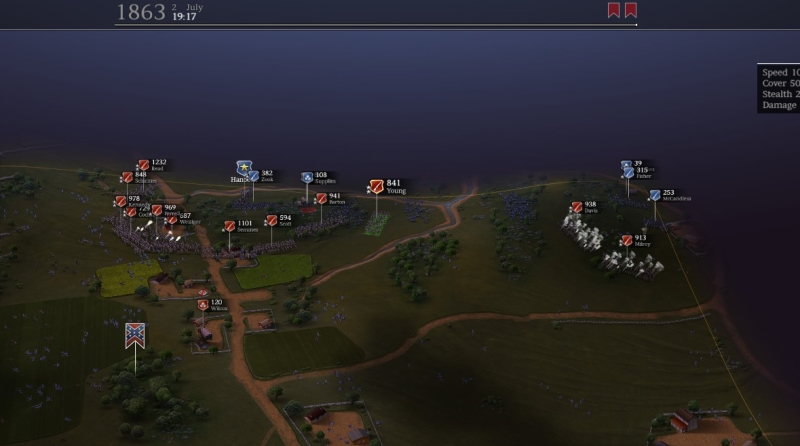 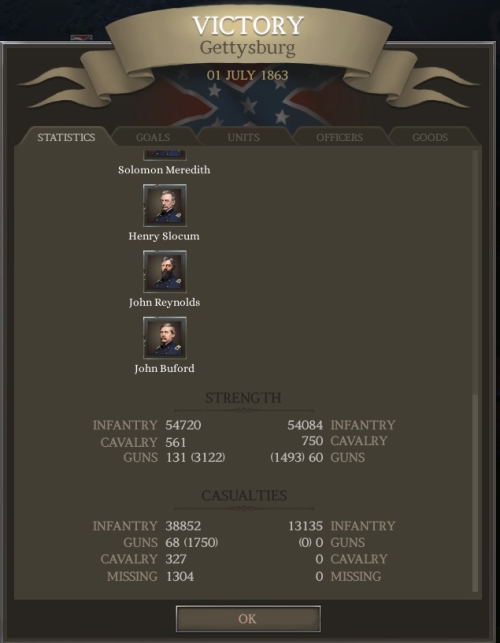 As I noted for Antietam, it’s crazy to think that the war would have continued after such a crushing CSA victory on Union territory and so close to the Union capital. But in UGCW, the war doesn’t just continue—the Union army keeps getting bigger!