You bring to the Battle of Fredericksburg 3 corps of up to 24 brigades each.

The third corps will appear in between those battlefields, at Telegraph Road, midway through the battle. It should include plenty of melee cavalry to move quickly to where Federals need mopping up. Note that the Union probably will not have many forces to spare to take Telegraph Road—and the CSA doesn’t even need to defend it to win—so most of this central CSA corps can be used to support the battles to the N and/or S.

The battle opens with a timewasting night skirmish in which Union forces attempt to cross two bridges into Fredericksburg town. CSA has a brigade with detachable skirmishers, and three other skirmisher units, which usually is enough for a brief defense. Even if the Federals do take the flag here, the battle moves to the next day and CSA can still win normally.

Suggested initial CSA dispositions for Prospect Hill are as shown in the image below. Remember the goal is to protect the flag, and too thin a line will invite the Federals to bunch up and punch through.

Note the flanking force on the CSA right wing, which would get larger as it rolled forward, drawing in brigades that had been part of the main defense line. You don’t have to flank and otherwise aggressively engage the Union forces here—it’s costly in terms of CSA casualties—but you should do it if they seriously outnumber you and start reaching over towards the flag.

Initial dispositions for Marye’s Heights are as you might expect: in the forward fortifications, with brigades close behind the line for help against charging Union brigades, and artillery set up to hit those charging brigades at fairly close range. Note the flanking force which has already started doing its thing on the CSA left wing—Marye’s Heights should usually end with an encirclement and annihilation of the Federals, if necessary with help from your central/reinforcing corps. 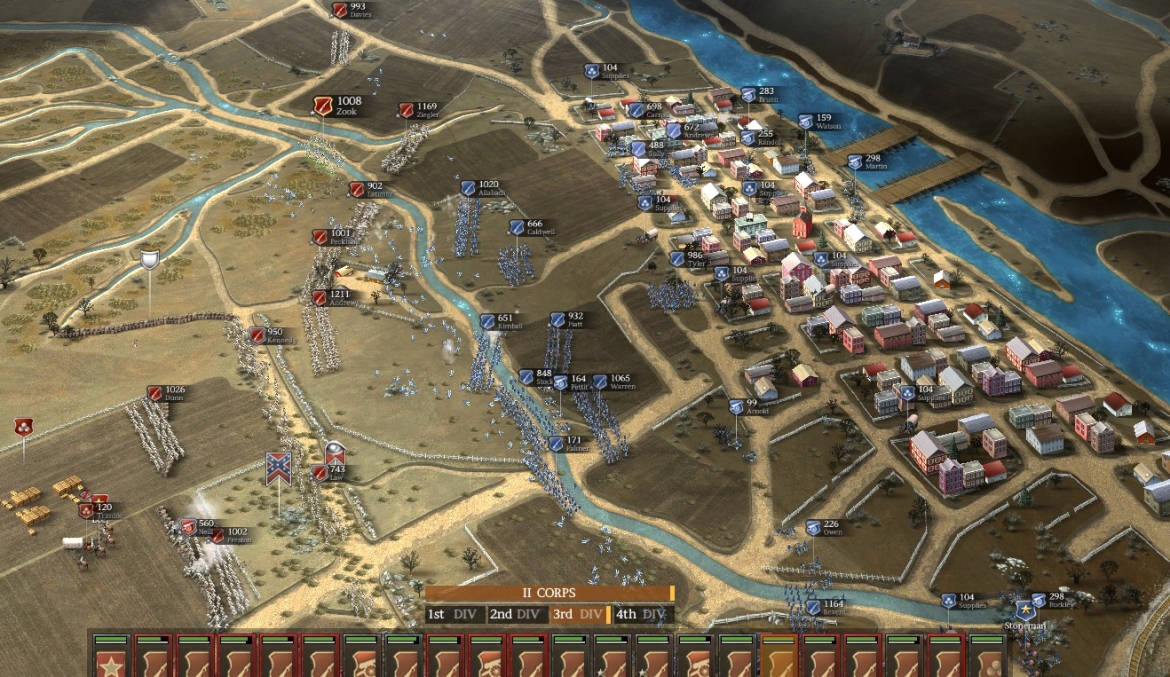 This is a long battle, lasting until well after nightfall, but CSA in the end should inflict >70% casualties on the Union. Note, however, that on MG level this battle is often game over for CSA because the Union numbers are simply too great. 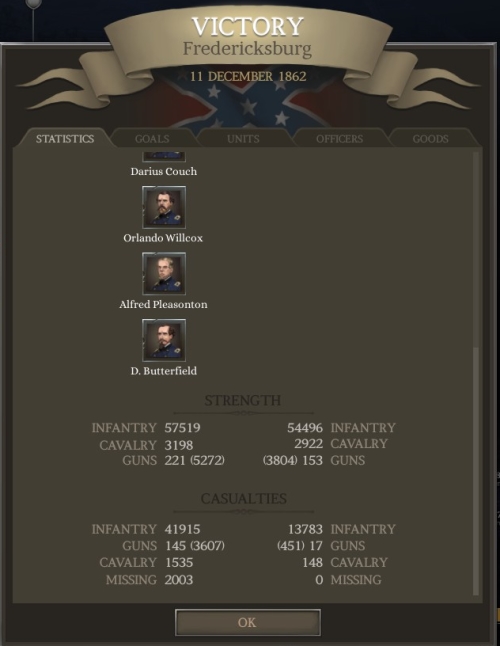