You can bring 4 of your own brigades/units to First Bull Run. I prefer four ~1,000-man, one-star infantry brigades, at least one of which has decent rifles (Lorenzs). They will defend at the bridge and ford at the E edge of the map initially.

Keep three of these brigades and detached skirmishers at the top of the hill to the west of the bridge, ready to pounce on any Union unit that crosses the bridge. Don’t use the fortifications, and stay out of sight so Union artillery won’t erode your manpower. Pop forward and unleash a fusillade or two when a Union unit is trying to cross.

Your other unit and its detached skirmishers should go into the woods to cover the ford to the N of the bridge, where Union brigades and a medium-sized cav unit will show up eventually. Your infantry brigade in the woods next to the ford should be able to shatter that cav unit. 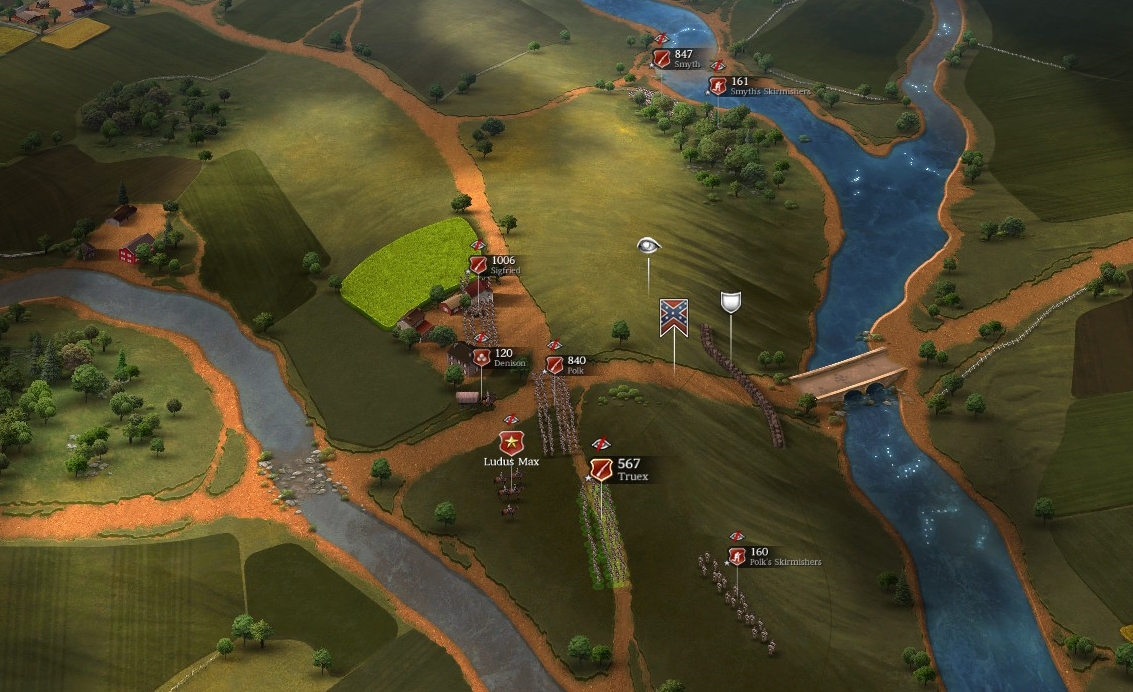 Once CSA reinforcements start coming in from the south, use them to set up a defense of the flag on Henry Hill. They can gather on the riverbank as shown in the image below, or stay in the woods near the flag. Note that Henry Hill forms a very defensible, island-like position south of the stream (Bull Run).

Your units at the bridge may be able to hold the Union forces indefinitely. If so—and keep a skirmisher unit ready to repel cav attacks from the N—keep them there and hopefully shatter Keyes and Sherman’s brigades along with the other Federal units hassling you at the bridge. If you’re taking too many casualties or are worried about your flanks, pull your bridge units back to cover the E “shore” of the Henry Hill “island.”

The next wave of CSA reinforcements should go into the woods in the center of the hill area, near the flag, to cover large USA units that will come at the flag from the SW. The USA units are larger but also less numerous, so flanking them shouldn’t be much trouble. 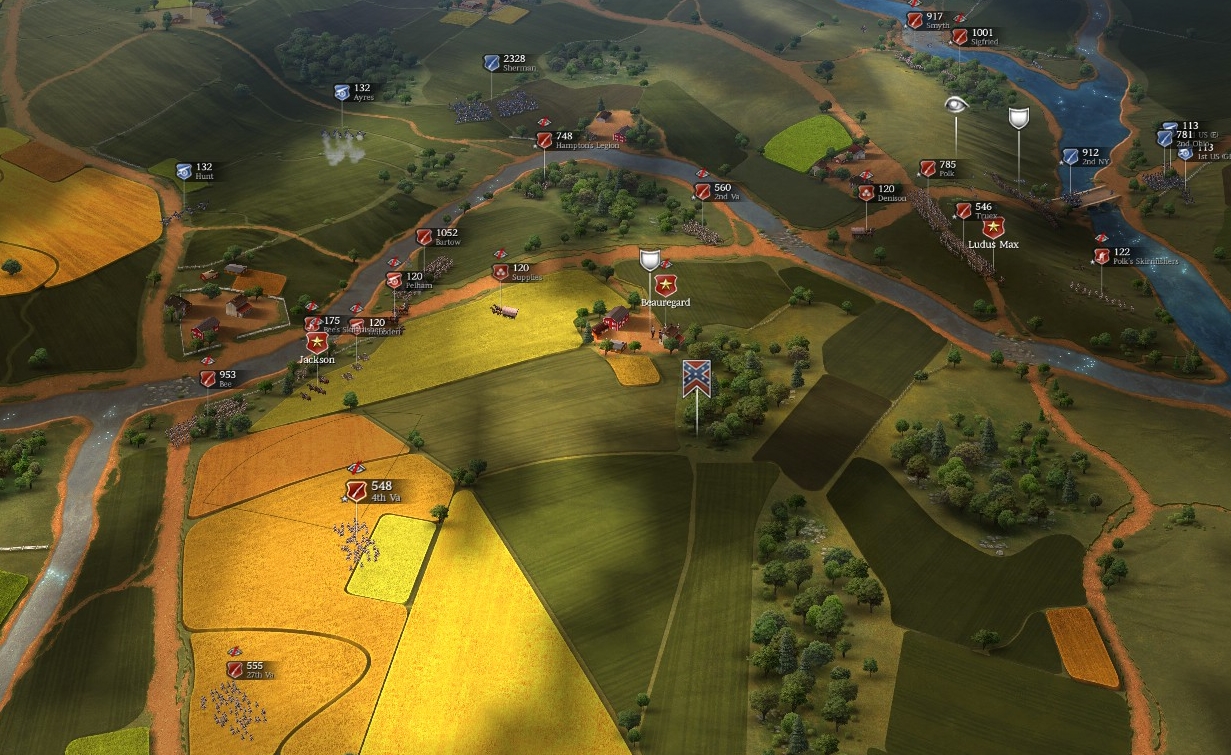 When the counterattack reinforcements come, they can be sent to flank, from the S, the large USA units that will be standing out in the fields SW of the flag.

You can usually end up encircling/isolating and shattering/capturing the entire Union force, both at Henry Hill and at the bridge.

Note that the Jeb Stuart cav unit is not worth much. For some reason it can’t see anything around it on this fine summer day, so it will often crash suddenly into much larger USA units and be annihilated. Use it carefully to grab supply units or harry routing USA units—only when you are sure there are no other Union units close by that can intervene. 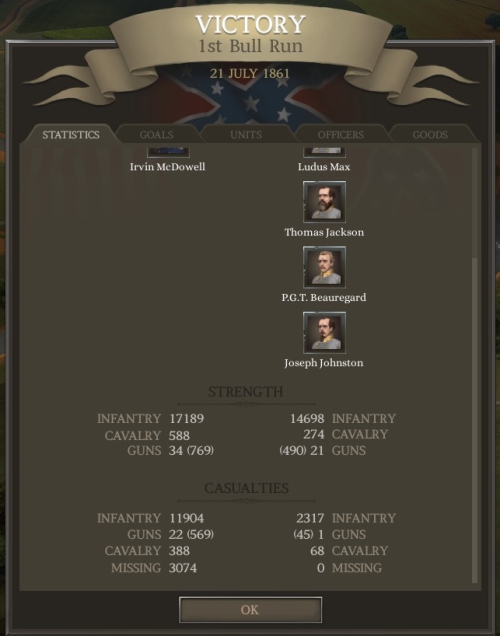 When spending your Career Points from this victory, bear in mind you will want an Army Organization level of 6 before Shiloh, to get the maximum of 20 brigades for that battle.

The basic strategy I have outlined above also works for CSA/BG when using the J&P Rebalance Mod. However, when using the mod, always check ahead for the numbers of units you can bring to each battle—those numbers may differ from the ones in the vanilla game.