You can bring up to 20 brigades to this CSA assault on a fortified Union position across a river or stream. The map is basically identical to the “Alexander’s Bridge” map at the opening of Chickamauga.

I find that an infantry force with maybe a few melee cav units works well.

Move your brigades up at the start and get them into running position near the bridge. Beware of two or three skirmisher units on the CSA side of the river, near the east edge of the map.

Put one or two of your CSA brigades on the river bank, just east of the bridge and adjacent to the east end of the foremost Union fortification. They should rout the Federal brigade in that fortification. Your brigades can then march or run across the bridge, and can rush the main Union positions on the left. On the right they should move carefully along the river bank to flank the fortifications positioned across the field and then roll up the Union left flank all the way to the flag.

Push forward quickly when Union units retreat, to keep up the pressure. Take the flag and consolidate your defenses. If you want to maximize Union casualties, spread out and move gradually in a line up to the top of the map, capturing or shattering every Union brigade you find. 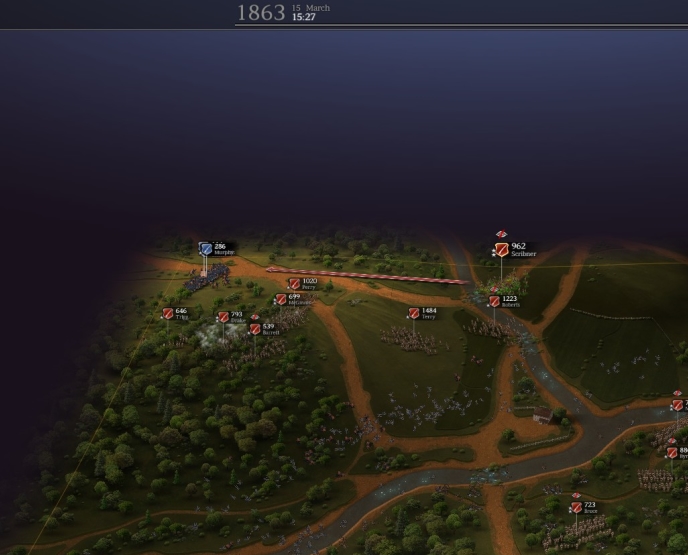 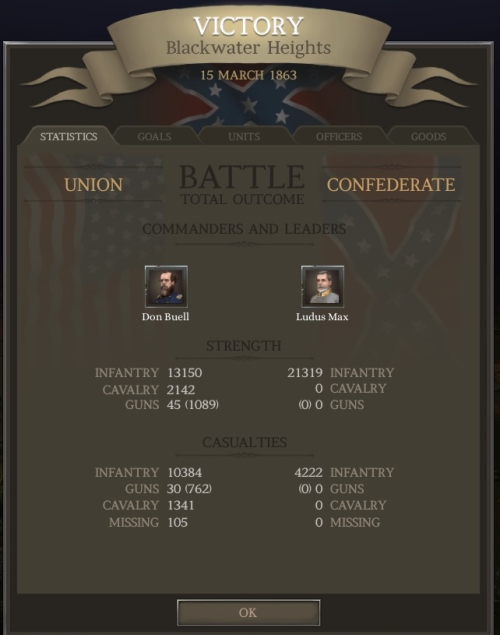