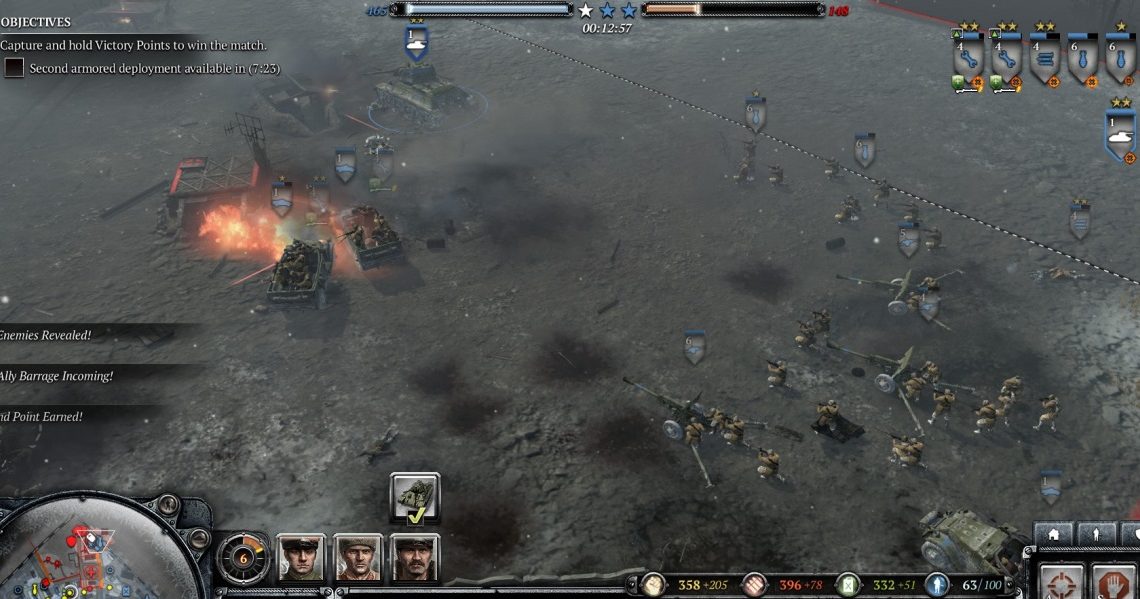 So easy it should be considered broken?

This may be the most realistic ToW mission, in the sense that it depicts the actual dominance of the Russians toward the end of the Stalingrad struggle. Unfortunately, it doesn’t present much of a challenge to the player. The only difficulty is in destroying the German base before the German points tick to zero—either way will take you only about 15 minutes.

The default position for the human player with two CPU-allies is on the right side of the map. Bring in a mix of units including HMG, mortar team, engineers (with flamethrowers) in scout cars, penals, and a couple of Zis guns. Be capping anticlockwise around the SE/E edge of the map as you build your force. You can’t tech to tanks or even an M5 but you will get a call-in T-34 and then another before very long. Just work your way past the right VP towards the right side of the German base, use mortars and Zis guns to kill the bunker guarding that base entrance, enter, and kill all four sets of base buildings one by one, using your flamer-engineers in scout cars to wipe German infantry that try to interfere.