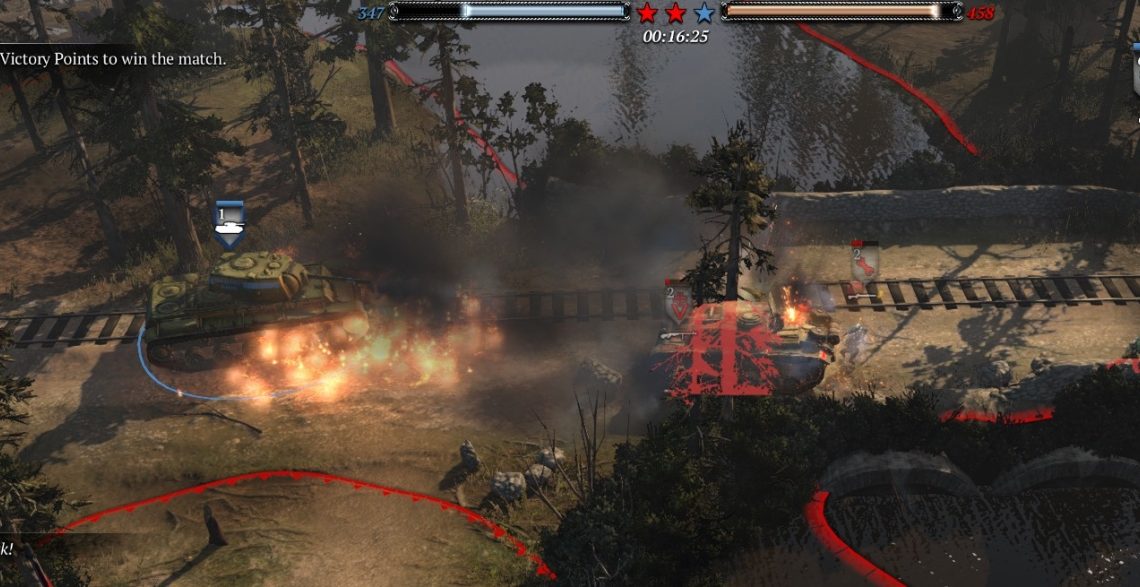 Solo Russian mission with the usual weak early game followed by a buildup to map supremacy.

Commander: Any will do. I like the one that provides 120mm mortar teams and IL-2 CAS. Definitely never use a commander with call-in KV-1s as that ability is broken now and when active will put KV-1s into tech level T4 (where T-34s are), greatly delaying your ability to get them.

A strategy that works for most of the 1941 Russian ToW missions is simply to bring in lots of penal squads (8 or 9), upgrade them with PTRSs when you can, and provide them with one or two trucks for mobility/reinforcement, and a mortar team for indirect fire support. You won’t need tanks and field guns, or even HMGs. This strategy gives you a stronger early game with more consistent map control at the expense of a slightly longer game overall—mainly because you won’t be able to base-rush as easily (though a base-rush with your penal blob is certainly doable).

Why does such a simple strategy work against relatively sophisticated German firepower, highly trained panzergrenadiers, etc? Because the Russian penal squads and their PTRSs are grossly overpowered. Why are they overpowered? I don’t know, but my guess is that it made the devs’ task of programming CPU-Russia in single-player games much easier.

Probably a more common approach to this mission is to keep your initial force thin—and vulnerable—with the aims of (1) taking and holding enough territory points and fuel caches to tech up for KV-1s and then get that first KV-1 out, while (2) also holding VPs for long enough to keep the Russian point total from dropping to dangerously low levels before the first KV-1 is ready—which will be about 10 minutes into the mission.

Here’s how you do the KV-1-based mission:

Bring in three conscript squads and send them to take the points, including the fuel point, heading SE towards the lower VP. The three squads should stick together as much as possible, since on their own they will be defeated easily by any German unit. Controlling the VP is less of a priority than controlling the points west of it heading back to your base (i.e., maintaining fuel buildup).

Starting engineers (upgrading with flamethrower on the way) should take the points leading to the upper VP and fuel point.

Engineer squad arriving after the three conscript squads are built should construct tech buildings as needed for KV-1.

Some/all of these units will die before the first KV-1 comes out, but that doesn’t matter if your two essential aims in this early phase are fulfilled. Once your KV-1s are on the field, you should be able to win with no trouble.

When the first KV-1 comes out, use it to regain/maintain control of one or two VPs. When you get your second KV-1, you should be able to dominate the Germans. When you get the third one, you can just drive to the German base and finish them off. 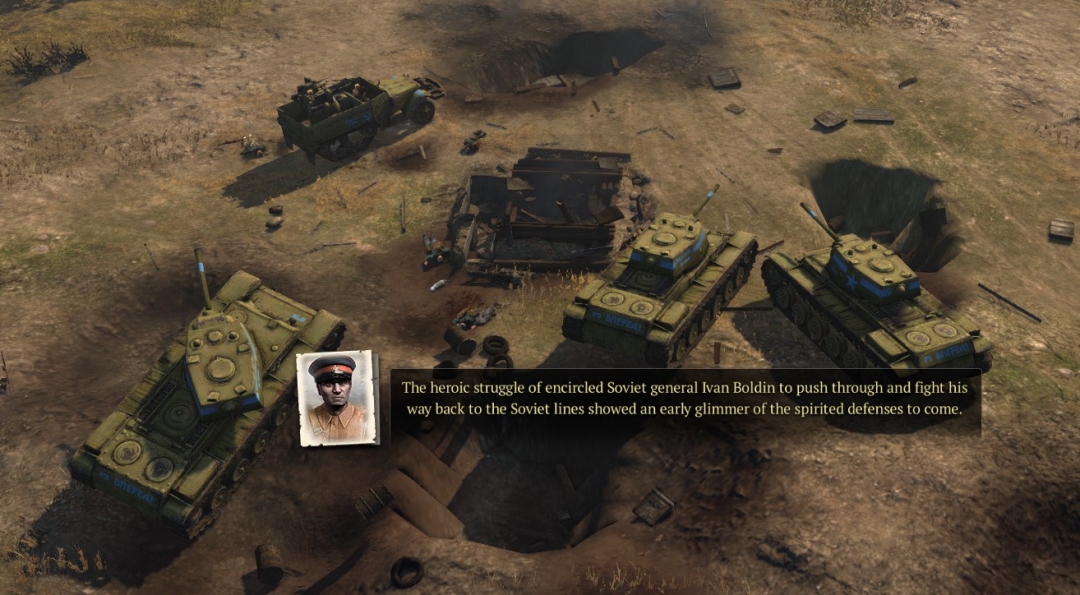 No special commander is needed, but anything with call-in infantry units that arrive instantly is nice. I happen to like the Lend-Lease commander, which has a call-in HMG and an M5 with Guards Rifle unit. See also the note at the top about avoiding commanders with a KV-1 call-in ability.