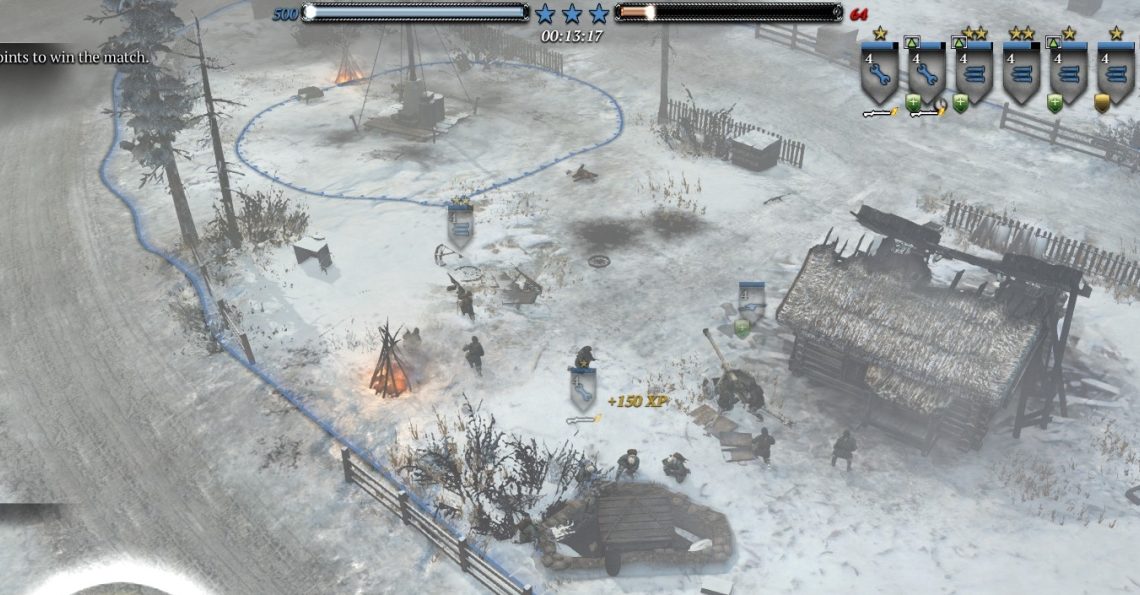 Should be mercifully brief

Commander: Any. Mortar half-tracks are good.

A frozen river runs through this one, and the Russians have most of the usual advantages including tanks. But it’s probably the easiest of the German co-op missions in Barbarossa. One reason is that the devs—somehow, mysteriously, inscrutably—coded the German CPU ally in such a way that it doesn’t completely fall apart, at least when it starts from the right-hand base.

The key points for you, starting from the left-hand base, are the left VP, fuel point next to it, and middle VP. You want to get HMGs covering them, in that order, asap (two at the middle VP), then bunker-HMGs at the left VP and fuel point. Your pios should cap points, build bunkers and sandbag walls, tech for Paks, and lay mines if they have spare muni. Bring in 5 Paks, two each at the VPs and one at the fuel point. Then a 251 at each VP and two mortar halftracks. You should see Russian tanks about 9-11 minutes in, so plan accordingly.

If you want to be a bit more daring, you can skip Paks and bring in two extra HMGs to cover the right fuel point and VP. Often that way you can win so quickly that you never have to deal with tanks.

If you use grenadiers instead of HMGs, you’ll find that they are much less effective. Since it’s a forgiving map, you can still win that way. But it will take longer and you will take many more casualties.

Playing from the right-side base with a CPU-ally in the left-side base doesn’t work. The CPU ally will collapse, leaving you in a hopeless position holding only the right VP and having to defend a long left flank.