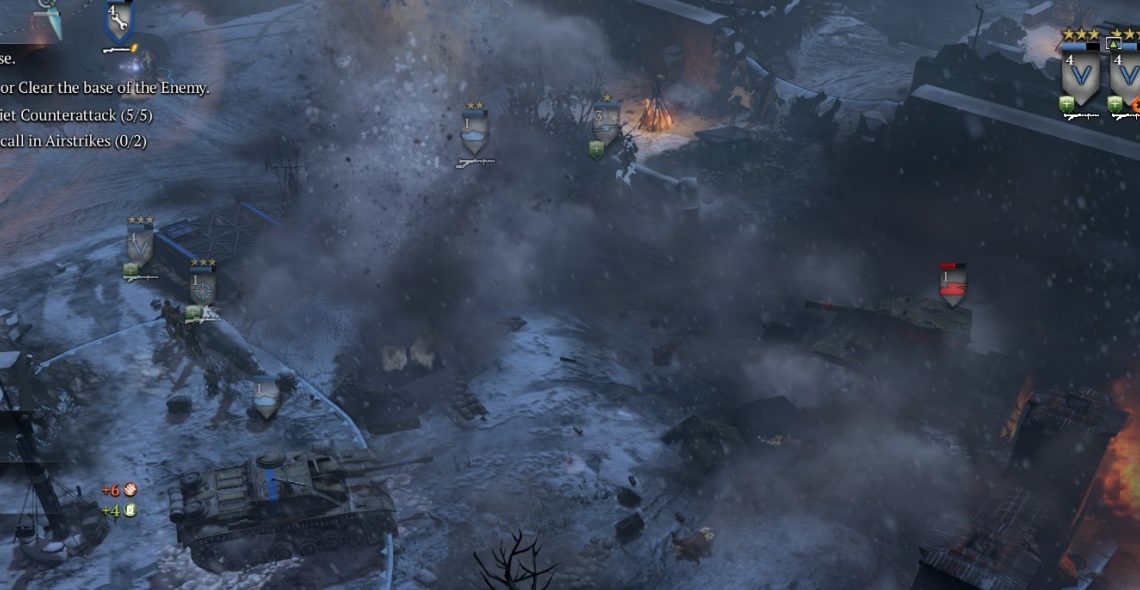 Potentially a great mission, but largely ruined by extreme nerfage.

You’re playing as Germany here, and your task is to blast your way into a fortress the Russians have occupied. You have snipers, grenadiers, and pioneers with demo charges, to start.

There must be a lot of different ways to play it, but a winning strategy I have used goes as follows: