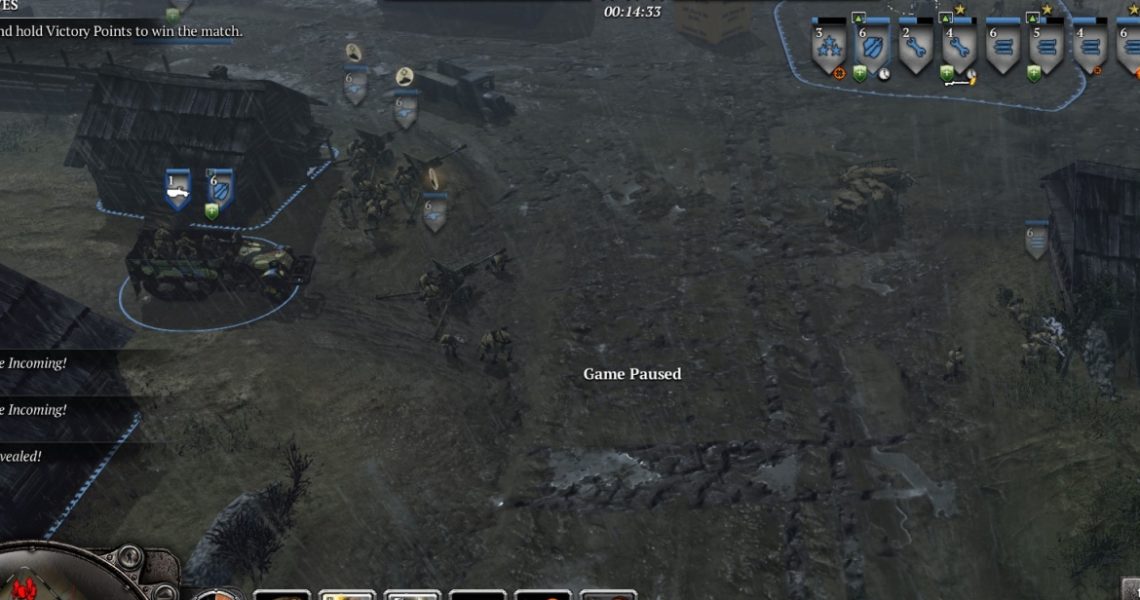 The war gets ever-easier for the Russians.

Mission: No Retreat No Surrender

Commander: No need for one, but 120mm mortars, DShK HMGs, and Guards Rifle infantry (which can “button” German tanks) are useful. Do not use a commander with KV-1 call-in (if you want KV-1s), as that ability is bugged and will actually make KV-1s harder to bring in.

Bring in two more HMGs and then three field guns to cover the middle VP from across the street.

Tech for M5s and provide one to enable reinforcement of your troops at each VP.

A T-70 can be useful at the left VP, to handle mortar, HMG, and scout car attacks.

An engineer at each VP also is good. A mortar, especially at the middle VP, can help too. If you have pop cap left, get a KV-1 for your middle VP force.

Use engineers at the middle VP to plant demo charges in the VP, as insurance.

Fend off relatively small attacks at the left VP.

At the middle VP, wait for the Germans to get their big handout of Panthers, a Tiger, and an Elefant, and for those tanks to work their way from the E side of the map to the middle VP. When (if) they do, your three field guns should kill them quickly. 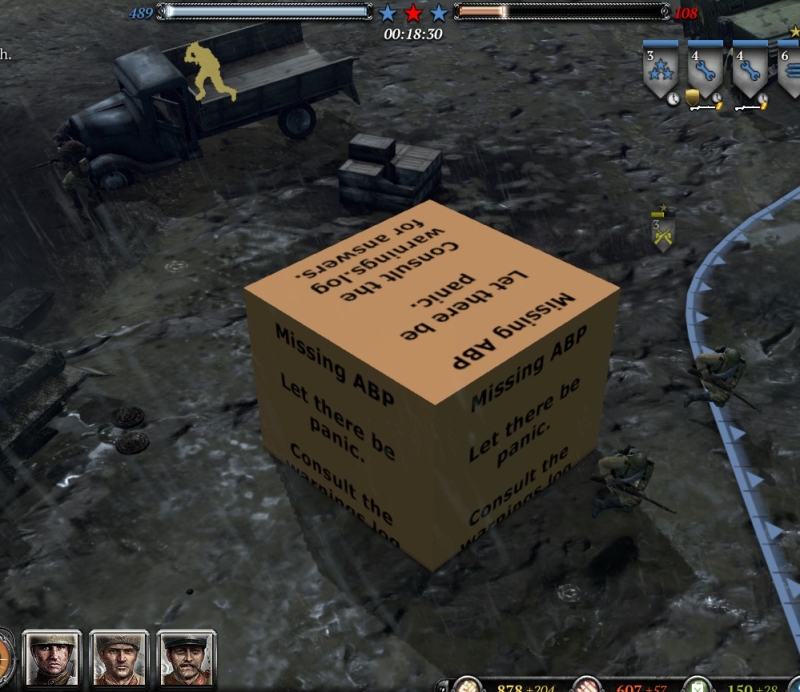 An alternative strategy is to bring in only penals (upgraded with PTRSs asap), mortar teams, and M5s for reinforcement, splitting your force evenly between left and right VP. Four penals with PTRSs will kill any tank quickly.

Another, slightly off-the-wall alternative is to bring in a standard mix of anti-infantry units (HMG, penals, M5s with flamer-engineers, mortar teams) with a couple of KV-1s and, after gathering at the left VP/tower, charge up the left side of the map to the German base. There are two bunker-HMGs at the corner of the base, and you’ll have to kill them first, but once you get into the base and start killing base buildings you will seriously distract the Germans, giving your CPU allies an important advantage everywhere else on the map. The Germans will throw a lot at you, including Panthers and sometimes even an Elefant, and will almost certainly end up wiping out your entire force, but by the time they do, the Russian side collectively will have been holding two or three VPs for a while and the Germans will be down to 100-150 points. Once your base-assault force is wiped, you can bring in new forces quickly to hold or re-cap the left VP—your allies should be dominating elsewhere.

All these methods tend to result in a victory around 25 minutes.

Playing from the right-side base is a little more fun and intense, but usually also a shorter mission. Basically you cap the right VP and tower and points back to base, and bring in three HMGs, then 3-4 AT guns plus M5s and mortar teams, to cover the VP and surrounding area. Your strong grip on the right VP will get the German points down more quickly, and when three Panthers arrive with scout car and infantry support after about ten minutes, the Germans will be seriously in the hole, pointwise. If you have at least three well-sited, well microed, instantly reinforceable Zis guns, you can quickly snuff those Panthers and the scout car, stopping any German momentum and allowing your CPU-allies to expand their holdings elsewhere. An Elefant and a Tiger Ace will appear when the Germans get below 100 points, but if your side is holding 3 VPs at that point, the mission will end (at ~14-15 minutes) long before all that buffed armor can achieve anything.