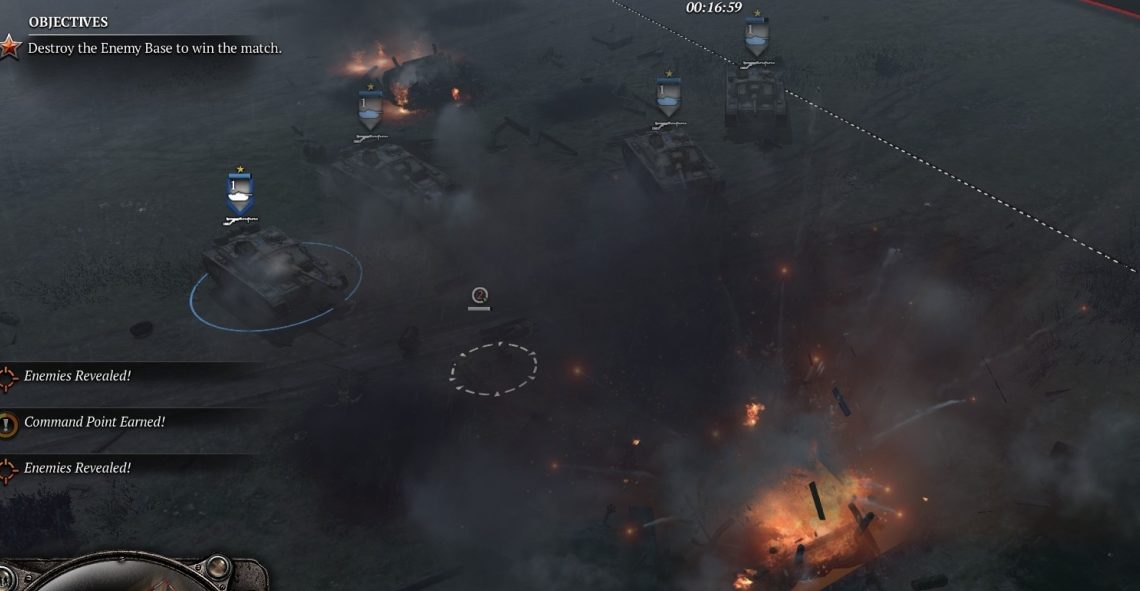 At night, in the rain, where two map corners meet…

Commander: Any will do, and I have found mortar halftracks useful, but remember that you generally can’t use call-in artillery or CAS inside the Russian base, which is the only place you’ll really need it. Also, don’t commit to a commander until you know you are about to use a specific ability.

This is the same map used for the Panzer Crossing mission—now turned upside down, and played in the dark and in the rain. Unsurprisingly, the map that is the hardest for Russia gets even harder now that you’re playing as Germany.

This one is hard in the sense that you have to “thread the needle” by doing a bunch of things properly and with the right timing, and with some luck in regard to the Russian response. If all that works out, it will seem otherwise easy—in fact, if you look at the stats afterwards, you’ll see that your force will seem to have done relatively little in terms of killing the enemy.

You’ll also win quickly this way. The alternative, I think, is to lose, or win but take forever doing so. There is at least one old playthrough on the web that takes close to two hours to finish—that style is not for me, even if it still works, which I doubt.

The object of this mission is to destroy the Russian base, i.e., the 6-8 base buildings covering two different Russian forces. Here’s how you can do it, much of the time: