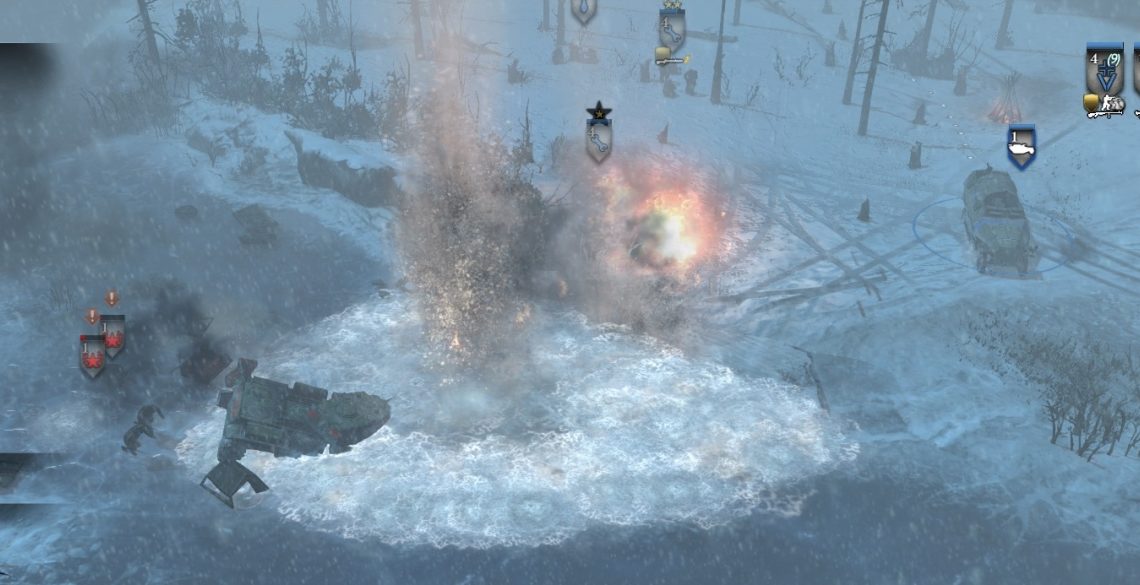 One of the easiest German missions.

The Russian convoys will enter the map at the upper left star and—if you let them—exit at the lower right star. The area around each star is fortified with bunkers and HMGs, so stay clear. The basic strategy is to repair existing barricades to force the convoy to take a route ending at the bottom of the river, and there sink/destroy the vehicles mostly with mines or mortars, while hitting the accompanying infantry with your scout car cannon, LMGs, flamethrower, etc. Whenever you kill the escorting tanks and trucks in a convoy (there are three convoys, at intervals of a few minutes) the infantry will flee, so focus most of your attention on the Russian vehicles, not infantry.

This mission should take only 14-15 minutes.