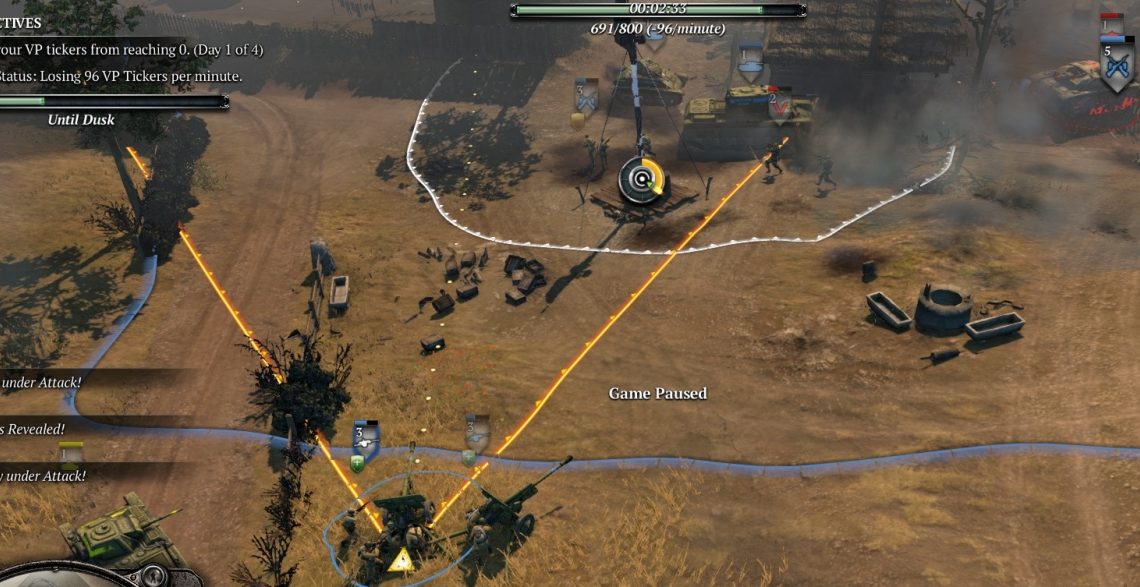 Fight to “plug the gaps” in an epic four-day tank battle in Ukraine, summer 1941.

The first ten minutes or so of this mission give you a hint of the frustration and anxiety the Russians must have felt during the German invasion in 1941. Mother Russia just didn’t have the wherewithal to stop the marauding Hun!

But things quickly get better—in this mission, at least.

At the start, you possess a KV-1 and a couple of T-70s, plus two conscript squads, a Zis gun, and an engineer squad. Assuming you’re starting with the (default) left-side base, send the KV-1 to the middle VP, and the two T-70s, the Zis gun, and a conscript squad to the upper left territory point. The engineer squad can go to the repair station, mid-map, to grab the Zis-gun there and bring it to cover that upper left TP. The other conscript squad can grab the abandoned Zis gun that lies about 50m SE of the middle VP, and bring it to cover that VP. At this point you just do your best to retake/hold your two key points (upper left TP and middle VP), while chasing down (use a T-70) the German squads that get behind your lines. You will of course be producing T-34s (your most cost-effective armor option), and the occasional engineer or conscript squad, as quickly as you can. Once you make it through the first night you should be OK. Remember the goal is to keep control of enough points that your side’s point total (including your lame CPU ally) doesn’t go to zero.

A few other important notes: 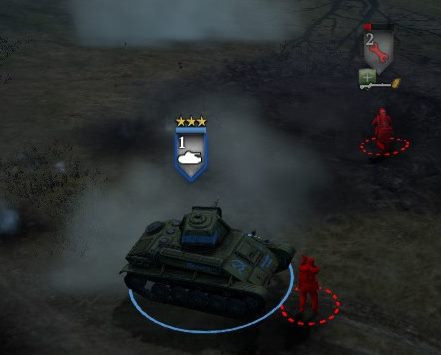 As an alternative you can play from the right-side base. The same basic strategies should work.