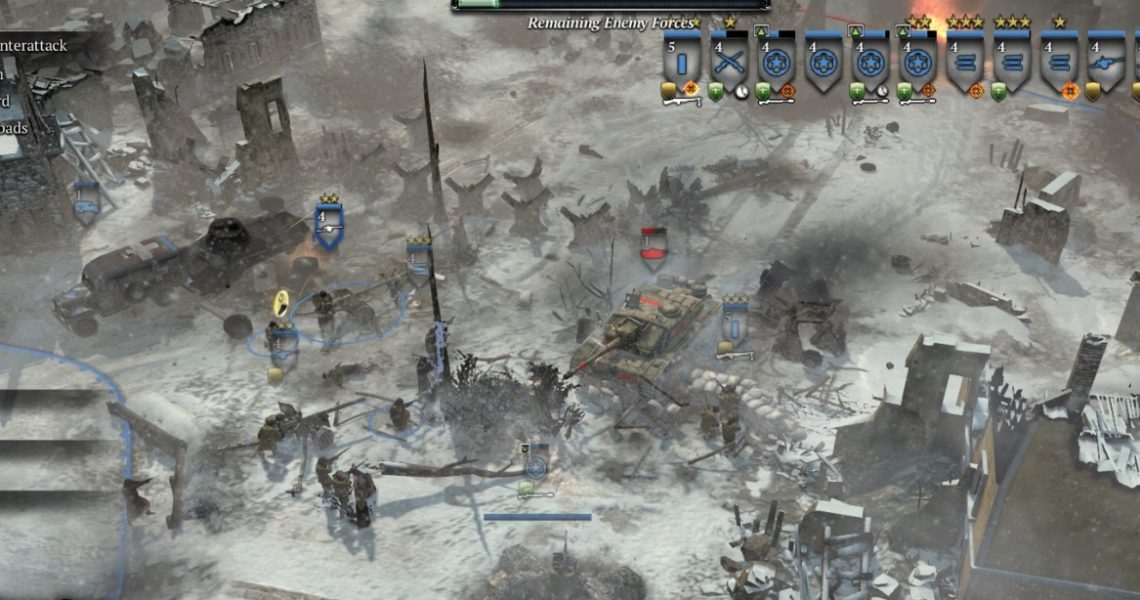 This defense-against-raids mission is a good one for Dog, Able, or whatever is your weakest company. The object is to erect hasty defenses and hold three points against waves of attacks by German infantry and armor. The Germans have no artillery or air power.

A simple strategy that works is to get, asap, at least two HMGs (independent crews or upgraded firing positions) and two AT guns at the church and crossroads points, and one AT gun and two HMGs at the railway station. Each point should have an RE squad for making tank traps (TTs) and building/repairing FPs. One or two powerful infantry squads such as a Lt. squad, or riflemen with BAR, can move around to the points where they are needed most—most attack waves hit only one or two points, not all three simultaneously. The building beside the crossroads position, and the building on the USF side of the rail station point, are good for HMGs.